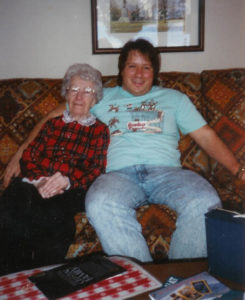 The Elsie Shaw Parent Scholarship Fund was started when John Shaw received a small inheritance from his grandmother. One of the stipulations of receiving that inheritance was to donate a portion to a worthy cause. John decided that a worthy cause would be to assist parents in attending the statewide Family Support Conference. The next three years John continued to support this conference with the assistance of his parents Barry & Ruby Shaw. In 1999 friends convinced John to incorporate and start a 501(c)3 organization. The process was started and the scholarship fund was born.

Since 1993 The Elsie Shaw Parent Scholarship Fund has provided over $300,000 in scholarships to families of children with disabilities in order for them to attend the annual Circles of Life conference. The funding for the scholarship fund comes from financial donations from various organizations and individuals, along with three major fundraisers. These are the annual porcupine auction held at the “Circles of Life” conference, and the sale of nylon net scrubbies made by Ruby Shaw ad John Shaws Dairy Best Bike Ride held the second weekend in September.